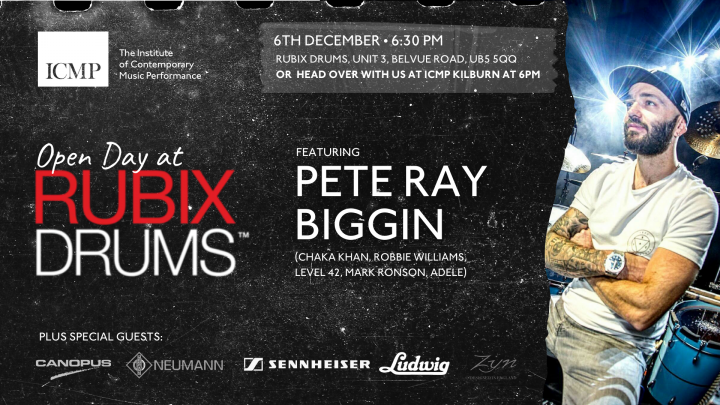 We're very excited to announce that we have teamed up once again with our partners at Rubix Drums to bring you an exciting event.

Rubix is a one-stop-shop for drummers, but the event will be suitable for students from all courses as it will feature special guests Neumann, Sennheiser, Ludwig, Canopus and Zyn Cymbals.

The Open Day will start at 6:30 PM at Rubix Drums. You could either go directly to their fantastic store or you could head over with the events team at 6PM. Meeting point is the Facilities Helpdesk at the Kilburn Campus.

The evening will be filled with workshops, including:

The event will finish with a workshop by drum legend Pete Ray Biggin.

With his deeper-than-deep grooves, blistering solos, and out-there creativity, Pete plays with such fiery passion that he has quickly earned himself a reputation as one of the UK’s hottest players. This has led him to playing with Chaka Khan, Robbie Williams, Lily Allen, The Specials, Whitney Houston, Beverley Knight, Amy Winehouse, Mark Ronson, Carlene Anderson, Estelle, Adele, Taio Cruz, and one of his major inspirations, Incognito.

We have prepared some additional activities including a giveaway. This is an event that you don't want to miss. Get your ticket now! 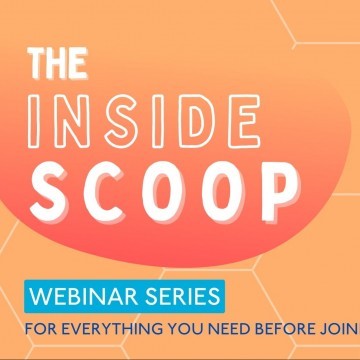