Next Steps Sessions: Building Your Profile As a Session Musician

Home » Events » Next Steps Sessions: Building Your Profile As a Session Musician 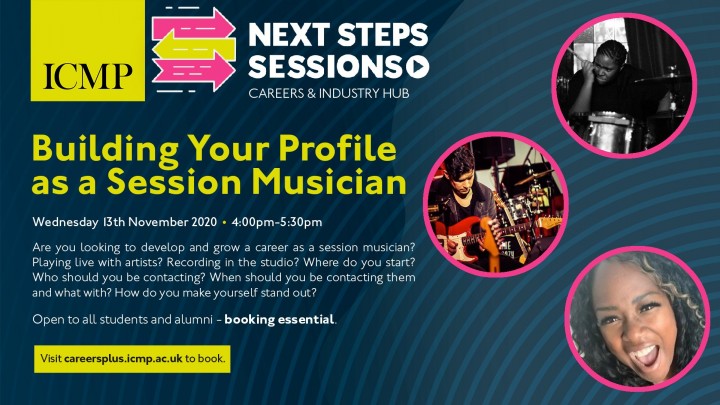 Join:
Hannah Montrose, Drummer (Opening and Closing Ceremonies at the 2012 London Olympics, The National Television Awards. Most recently she was seen on BBC Live Lounge and The Brit Awards on stage with US superstar Lizzo.)

Adam Martin, Session Guitarist (He is currently (pre-covid) the guitarist in the West End Musical, 'Mama Mia'. He is also the principal guitarist in the 'Queen Rock Symphonic' and has played with artists such as Akala, AllSaints, BMTH, Beverley Knight, Geri Halliwell, Pixie Lott, Midge Ure and Paul Young.)

For a discussion around starting, building and maintain a career as a session musician. This is your chance to hear from the professionals and ask any questions you might have.