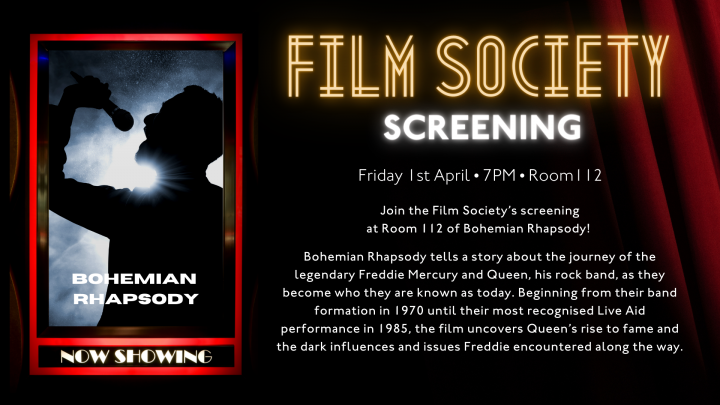 Join the Film Society’s screening at Room 112 of Bohemian Rhapsody!

Bohemian Rhapsody tells a story about the journey of the legendary Freddie Mercury and Queen, his rock band, as they become who they are known as today. Beginning from their band formation in 1970 until their most recognised Live Aid performance in 1985, the film uncovers Queen’s rise to fame and the dark influences and issues Freddie encountered along the way.

And so, please feel free to join the Society’s co-presidents, Ceren and Xavery, last screening for this academic year. Your evening will also be accompanied by FREE salty, sweet, and butter popcorn ready to be popped.

Please register your interest below!