To celebrate BBC’s National Album Day, we asked our tutors, staff, partners and to choose their top LPs...

What is your favourite album?

Whatever your selection, this week is a good time to enjoy it in full as Saturday October 13th has been selected by the music industry as the seventieth anniversary of the format. National Album Day will be marked with a whole host of events, discussion and performance. To celebrate the album, we asked our tutors, staff and industry partners for their favourite records. 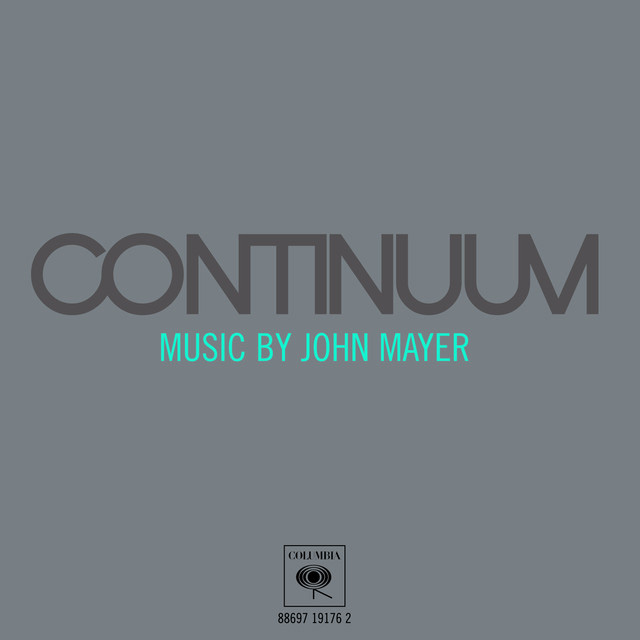 This album quite simply showed me what kind of bassist I wanted to be. I had heard Pino Palladino’s great work with D’Angelo and Erykah Badu before and fallen in love with his incredible melodic grooves. But when I heard this record I realised that there is so much more to being a bassist than ripping over Jaco Pastorius or Marcus Miller tunes!

This album showcased the bass in a uniquely supportive way while constantly laying an unmistakable identity on every track."

This balance of freedom and discipline coupled with outstanding musicianship inspired me to work with songwriters and ultimately lead me down the career path of bassist/MD/arranger that I am very fortunate to live today. To me it is one of the greatest albums of all time and any serious musician needs to hear it and learn the concept of ‘playing for the song’. 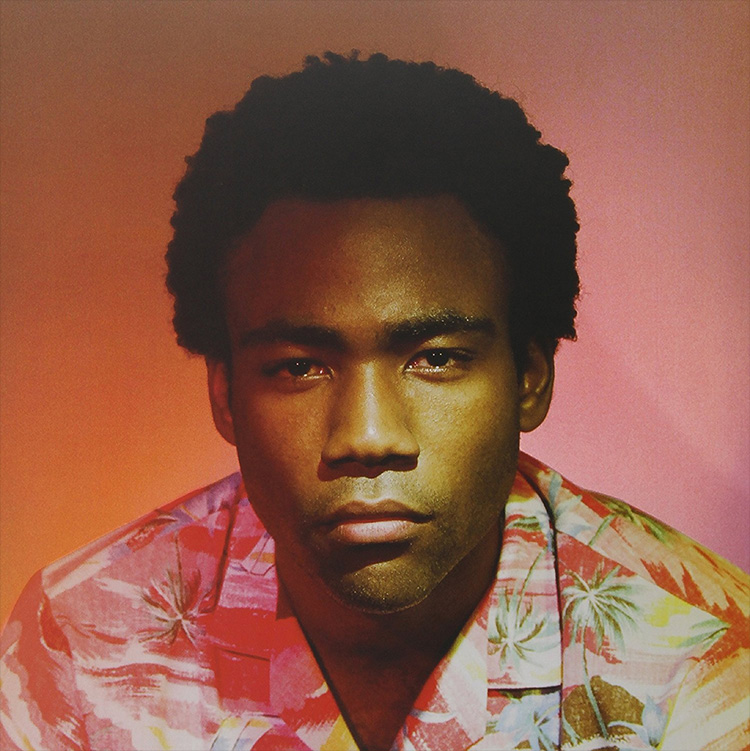 Childish Gambino: 'Because The Internet'

The album that's inspired me the most as well as being one of my most listened to albums would probably be Childish Gambino 'Because The Internet'.

I live for the beat changes, the narrative holds it together and the collaborators on this album are mad good, you hear from Thundercat, Jhene Aiko and Chance the Rapper on this thing. I remember it taking me a long time to initially 'get into' this album because I was into pop music and not much else at the time, but I love it still even after all these years. I don't think it's the best album ever - but it's definitely one of my favourites. 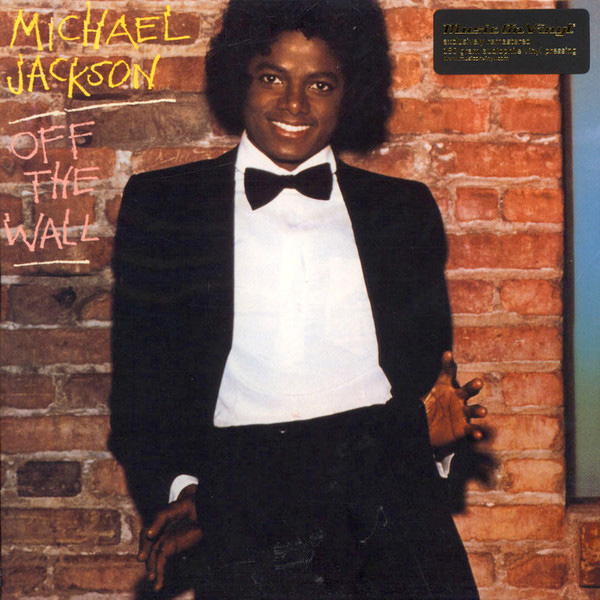 Michael Jackson: 'Off the Wall'

MJ has been fundamental in my music education while growing up. 'Off the Wall' is his first studio album produced by the legendary Quincy Jones under Epic Records, and it represents a prelude to the major success of 'Thriller' a few years later.

Their magic collaboration created something genuine and timeless with both albums, but 'Off The Wall' has always been my favourite: I love the overwhelming groove of 'Working Day and Night' and 'Don’t Stop 'Til You Get Enough', the intriguing melodies of 'Rock With You' and 'I Can’t Help It', the disco beat of 'Get On The Floor' and the emotional 'She’s Out Of My Life', where he even bursts into tears while singing!

As a singer, I am amazed by MJ’s vocal abilities but most of all by his creativity: knowing he used to sing all the instrumental parts before anything was recorded is absolutely inspiring."

Being a funk lover, I always look to him as my example for rhythmical abilities, articulation and backing vocal ideas. And the crossover between funk, disco, r'n'b, soul and jazz in the album is so well crafted too! Even after all these years, knowing it by heart since I was a teenager, 'Off The Wall' still makes me want to sing, dance and get into the groove like nothing else.

Back then I was 14 years old and had only just started getting into music and playing the guitar and this was the first album I remember discovering by myself. Previously I only really listened to music that my parents or sisters had listened too, but The Strokes changed everything.

I felt like the album gave me my own sense of identity. I started dressing differently, became more independent and discovered a world of new music. I started listening to bands like The Hives and The Libertines and later Arctic Monkeys. It also taught me so much guitar playing, the way Nick Valensi and Albert Hammond Jr.’s guitar parts compliment each other throughout the album really blew me away.

The album cover is iconic and I remember having the poster on the wall when I was studying at university, so it reminds me of happy times.  I don’t listen to the album as much these days but it is where it all started for me... 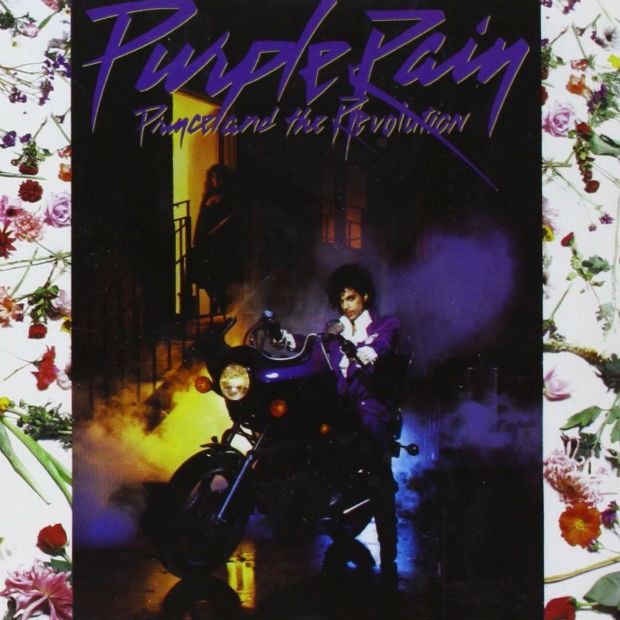 As a huge Prince fan, there were several of his iconic albums that have stood the test of time that I could easily have picked for this blog.

But, for me, I think 'Purple Rain' holds the most nostalgia. I adore every song on there; from the infectious, funky dance of 'Let's Go Crazy', 'I Would Die 4 U' and 'Baby I'm A Star', to the epic finale of 'Purple Rain' - always guaranteed to bring on some serious air guitar action and possibly a few tears.

The album is a stone cold classic. I know every lyric and no matter what mood I'm in I can put this album on and be transported away. I adore the film too in all it's wondrous cheesiness; Prince's performances of the hits as 'The Kid' are outstanding and his showmanship brings the amazing songs to life... 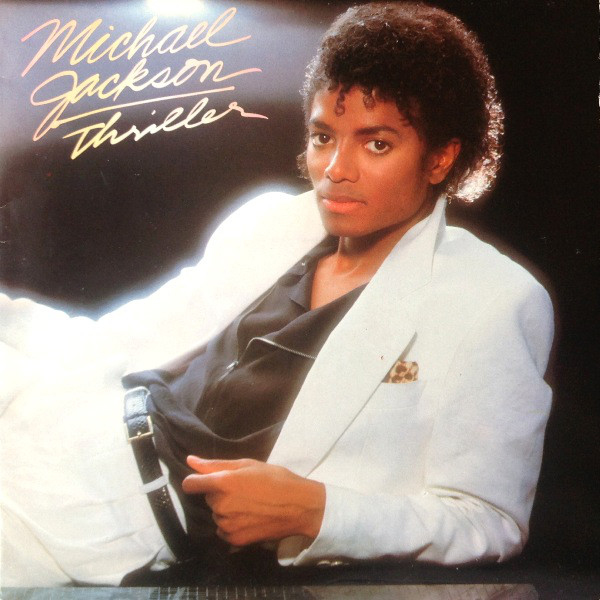 It’s always a hard question when you are asked what your favourite album is so I'm going to cheat and pick two! ‘Thriller’ by Michael Jackson is up there because he was one of the greatest musicians/ songwriters of all time and that album changed the way I approached playing grooves on the drum set. Plus the songs are just so damn good. Number two is ‘Ready To Die’ by Notorious B.I.G. This was the where my first love of hip hop came from and I started trying to replicate sampled these grooves on the kit. That album forms a big part of my playing today! 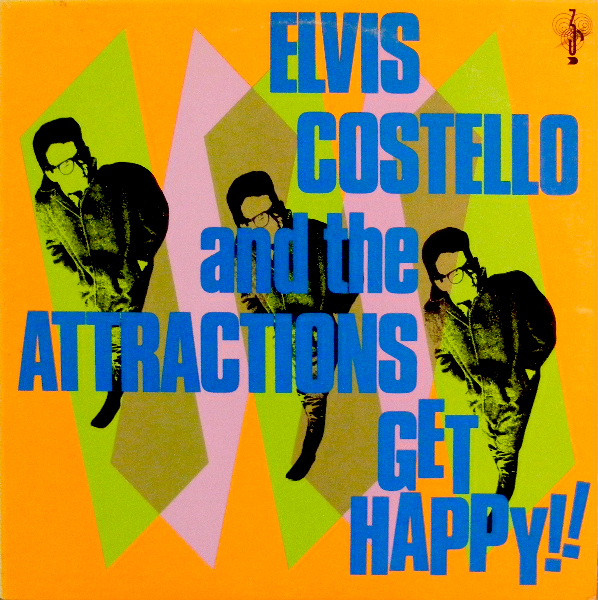 Elvis Costello and the Attractions: 'Get Happy!!'

I have chosen 'Get Happy!!' by Elvis Costello and the Attractions. Costello album 'Imperial Bedroom' is my favourite but I love 'Get Happy!!' as it broke a then long held protocol of including half a dozen songs on each side of the vinyl. Instead, it included ten songs on both sides A & B. Due to the masterful work of the band, producer Nick Lowe and engineer Roger Bechirian, "groove cramming" wasn't an issue. Tracks like 'I Can't Stand Up For Falling Down' and 'Black and White World' still today sound rich, full and bounce from the speakers. 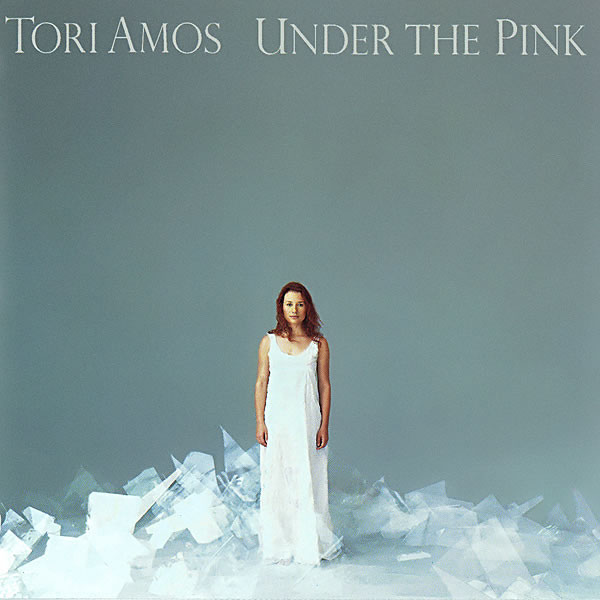 Tori Amos: 'Under The Pink'

Tori Amos has been an inspiration to me since I was a kid. She has the kind of unique, brave and powerful creative voice that every artist aspires to and her second album, 'Under The Pink' is just extraordinary in every way. Her lyrical content is intellectual, unique and poetic yet visceral, and her passion and commitment to her work is breathtaking.

'Little Earthquakes' comes pretty close with ‘Silent All These Years’ being an inspiration and ground breaking work of feminist art wrapped up in a beautifully crafted pop song.  I remember hearing and reading angry male record reviewers in the late nineties. These guys argued that they didn’t understand a word she was saying and I remember thinking, ‘Really? Oh. But I DO. I understand every single word! Why is this so terrifying for you’. True art gathers great and diverse reaction.

Tori Amos was ‘genre-defying’ before the term became prevalent in recent times and in 2012 she became the first woman to simultaneously have a top 10 Album on the US Billboard charts in the Classical, Alternative and Rock Categories, ('Night of The Hunters').

However, from her meaningful and quite brilliantly varied catalogue of work, for me it is ‘Under The Pink’, which is her best record of all. The music production on this record along with the seminal lyrical content and the seemingly effortless integration of her unique piano compositions, exemplified by ‘Cornflake Girl’, are tracks that sound as fresh, as grand, as personal, as unique and just utterly brilliant as they did in 1994. 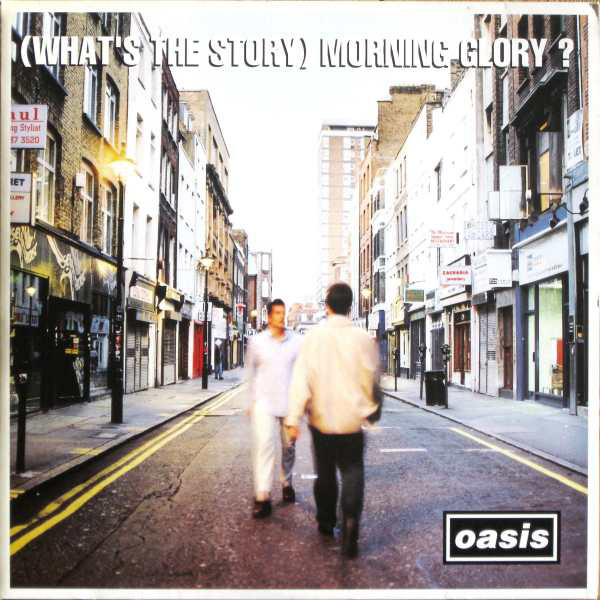 I don’t think I have just one favourite album, more like a series of favourites, neatly coinciding with various periods of my life - I’m sure I’m far from unique in that respect.

I’ve actually gone for something that some people might sniff at, but I don’t particularly care if they do, and that’s: Oasis - ‘(What’s the Story? Morning Glory?'

Following on from their first album, which was the reason I wanted to learn guitar (I’m still amazingly mediocre on it, but love it all the same), this  proved to be the soundtrack to my late teenage years and time at university. It was while studying in Leeds that I met so many talented musicians and realised that music was absolutely the industry I wanted to work in.

It also felt, to me and my friends at least, that Oasis were somewhat of a movement. It wasn’t like rock’n’roll first arriving on the scene, or punk having such a strong and challenging identity, but it did feel as though this was something we could be part of with the band and with every other person who was seemingly feeling the same way! I love this album and I’m thankful for it as it cemented my direction, commitment and drive to work with and in music. 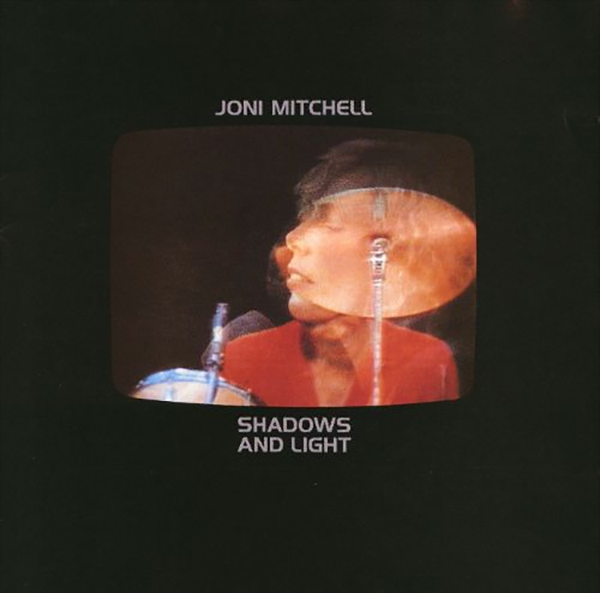 Recorded live in 1979, it features Pat Metheny, Michael Brecker, Jaco Pastorius, Lyle Mays and Don Alias - all of them at the top of their game. I've long been a fan of Joni and, for me, these are the perfect musicians to play her songs, effortlessly navigating all the harmonic and rhythmic twists and turns. The whole band are among their generation's finest exponents on their respective instruments and, in their hands, Joni's songs take flight. Beautifully written music, exquisitely played. What's not to love? 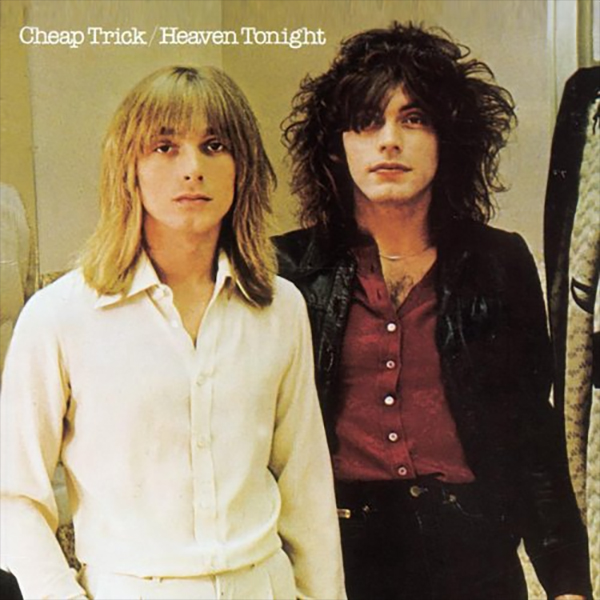 I’m going for a slight curveball, Cheap Trick’s ‘Heaven Tonight’. Cheap Trick featured two nerds, supreme songwriter Rick Nielsen and drummer Bun E Carlos, and two rock star dreamboats in singer Robin Zander and bass player Tom Petersson (I always wanted Tom’s hair!).  The opening track ‘Surrender’ makes ‘Heaven Tonight’  worthy of the title of ‘my favourite album of all time’ simply because it features the greatest lyric of all time: “When I woke up, mom and dad are rolling on the couch.  Rolling numbers, rock and rolling, got my Kiss records out”.  ‘Nuff said!!

Visit nationalalbumday.co.uk to find out more.

by Jim Ottewill
October 8, 2018
ICMP Life
Back to Blog Home