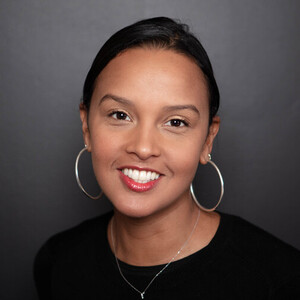 Amber Davis, Non-executive Director, has enjoyed great success in the music industry, ever since she started her career at EMI Music Publishing as an A&R Assistant.

She progressed to become VP, A&R and work in Producer Management with EMI. During her time there she signed Girls Aloud, James Arthur, Katy B, Tinie Tempah and Two Inch Punch.

Amber also signed a publishing deal for DJ Paleface’s song ‘Do You Mind?’, which was sampled by Drake’s song ‘One Dance’, one of the most successful number one singles of all time.

She was named Head of A&R for Warner Chappell Music UK in October 2019. Amber was previously A&R Director and signed songwriters including Dave, J Hus, Raye, Skepta and Stormzy to Warner Chappell’s roster.

During her time at the publisher she joined the Music Week Women In Music Roll Of Honour (2017) and won the MBW A&R Hip Hop & Grime award (2016).